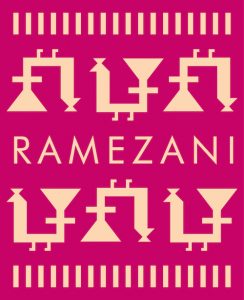 Ramezani London, the largest wholesaler and distributor of quality hand-made rugs and carpets in Europe, with over 60 years of leading presence and experties globally, would like to welcome you to part of its exclusive collection. This webiste represents part of our comprehensive collection of over 25,000 pieces of quality handmade carpets and kilims (flat weave). our wide range of carpets and kilims represented in this website may come in various sizes from small to large rugs depending on design and origin and are subject to availability. Bespoke rugs can also be provided. We would highly recommend you to visit our showrooms for a larger selection suiting your taste and space.

Be the first to review

Soon he established a reputation and credibility that is still remembered among the trade due to his perseverance, commitment to hard work, honesty, kindness and his generosity towards his staff and people in need.

In addition he established his network of more than 15 knowledgeable local agents obtaining rugs first hand directly in villages or small local bazaars at competitive prices.

Having their own washing and finishing plant gave them the possibility and the advantage over their competitors in washing and finishing the goods in a more professional and controlled system, achieving colours and sheen that was sought after in the trade and soon their rugs were easily distinguished by their superior quality, finish and appearance.

The two sons and son in laws (two) who had worked together with the father , have followed the line of the founder and profited from his years of experience and continued to supply the trade.

In Jan 1993 after loss of their founder, the two branches London and Zurich. started manufacturing the reproductions of old, decorative and modern designs such as Garous( Bidjar district), Ziegler, Mahal, as well as Aubusson and tapestries in various countries such as Afghanistan, Pakistan, China, Turkey and India, always concentrating in quality and service.

They added a new workshop in making stools, Ottomans and patchwork in both modern and traditional designs.

With offices located worldwide we now offer a wide selection of carpets and Kilims to our customers. Our showroom in London holds an impressive stock of 12,000 pieces,

We are able to organize trips to various countries and support our customers with our experience and advertising materials and offer them the opportunity to purchase locally.

To deliver the individual wish of every single customer is our goal and a matter of great concern to us.